Find a Dealer in your Area 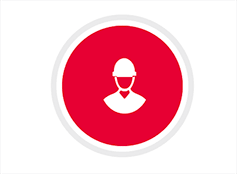 When you need a smart, dependable dealer, count on our team of independent professionals for your heating, cooling and water heating needs.

Evolution of Showering with Hot Water 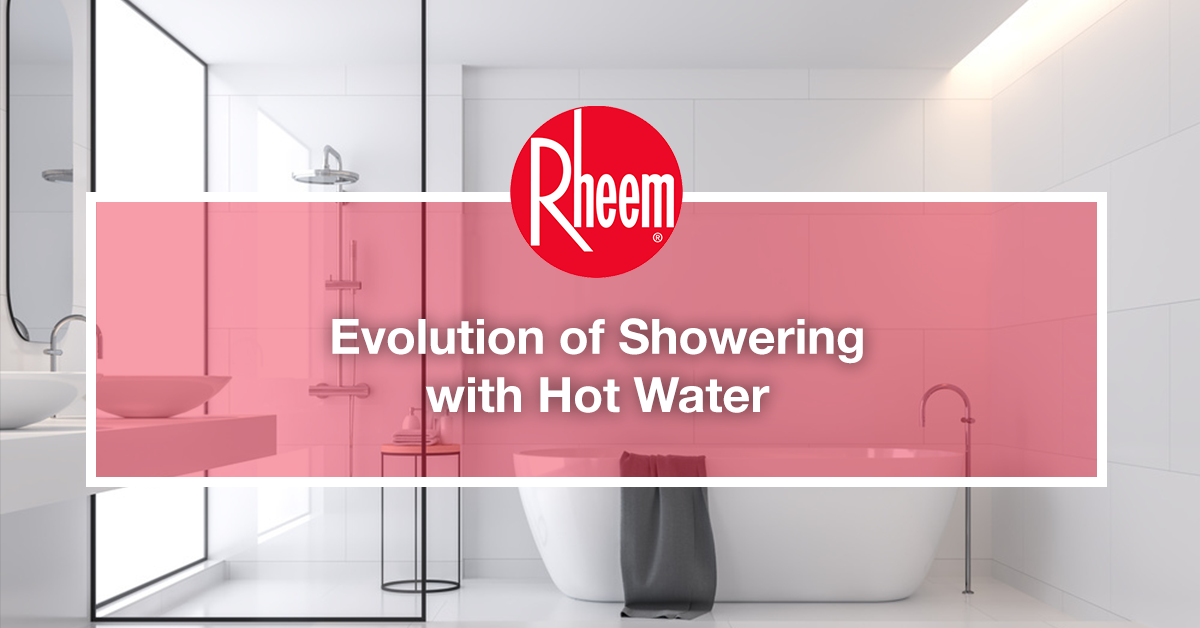 Ever wondered how people showered during ancient times? It’s hard to imagine how they cleaned themselves up during those times. In those days, the seas, rivers, and lakes were their bathtubs, while waterfalls and raindrops were showers for them.
So how exactly did people improved their showers from simply bathing or showering out in the wilderness to exquisite bathrooms with intricate shower heads?
We did a little research on how showering evolved from then and now: 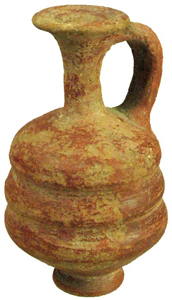 Ancient Egyptians were known to be very particular with their cleanliness. This explains why the wealthiest Egyptians (pharaohs, noble people, priests, landowners) often had bathrooms in their homes. Back then, servants would bring water into the bathrooms using water jugs, and pour the water over their masters’ heads. Bigger palaces were also equipped with stoves to provide the masters of the house with the option to heat their water up for a hot bath or shower. 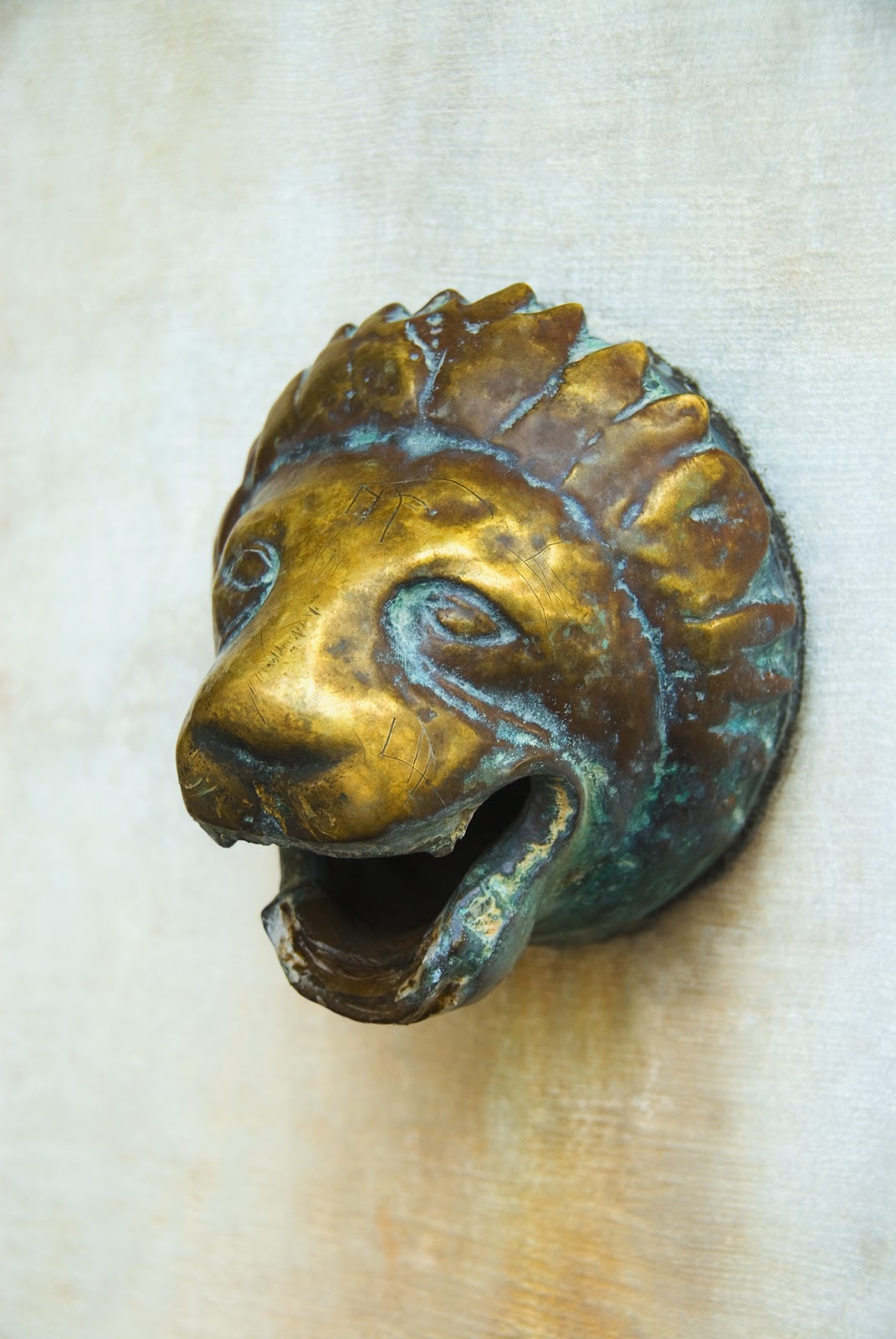 In ancient times, the Greeks were often considered the inventors of shower systems. Back then, wealthy Greeks enjoyed showers by drilling a hole in the wall and having a servant pour water into the hole from the other side. After that, the Greeks started designing and crafting a shower system that includes lead plumbing and intricately carved showerheads to add a touch of elegance to their bathrooms. Here’s another interesting fact about how ancient Greeks shower: they typically use cold water because, to them, showering with warm water was perceived as unmanly. In fact, hot baths and showers were only reserved for the young, sick, and elderly. Spartan soldiers, on the other hand, prepared themselves for battle by taking a freezing cold shower. 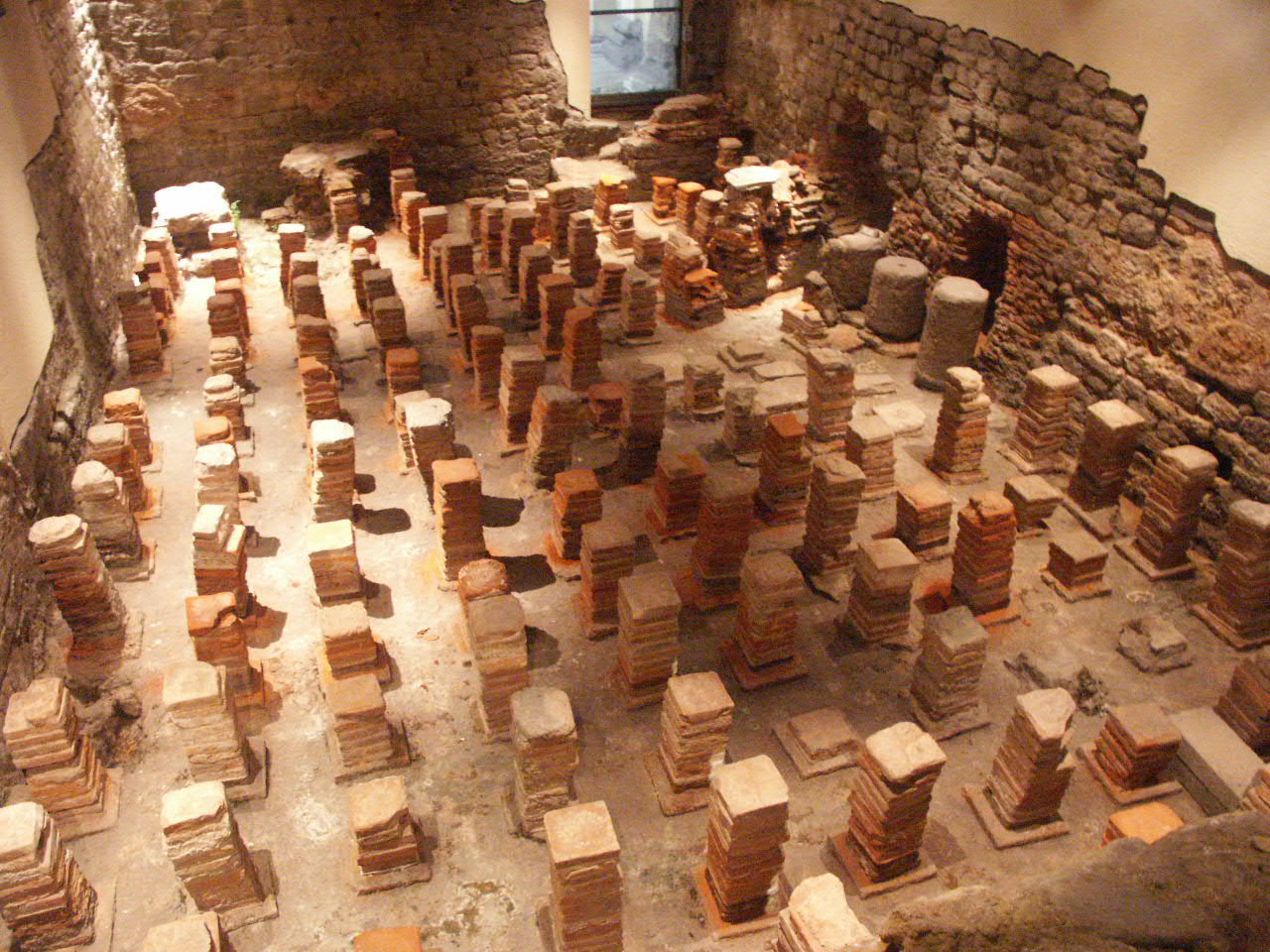 (Photo source: https://en.wikipedia.org/wiki/Caldarium Caldarium from the Roman Baths at Bath, The floor had been removed to reveal the empty spaces, which hot air flowed through to heat the floor tiles.)

When the Greek colonists established towns in Southern Italy and on the Island of Sicily, they brought along with them their Greek ideologies and concepts, including architecture and engineering. Soon enough, the Romans adopted the Greek’s idea of plumbing and bathing, and made bathhouses a focal point of Roman history. Back then, bathhouses were social and recreational locations. They typically came with a hot plunge bath that used an underfloor heating system through tunnels to deliver heat from furnaces tended by slaves. To transport water into bathhouses and other places in the cities, the Romans invented aqueducts. With this system, water depended on gravity, flowing through a slight downward gradient easily to places such as bathhouses, fountains and even private households. For added comfort, many of these bathhouses also included spaces for bather’s clothes, a steam room, and finally, a cold room. 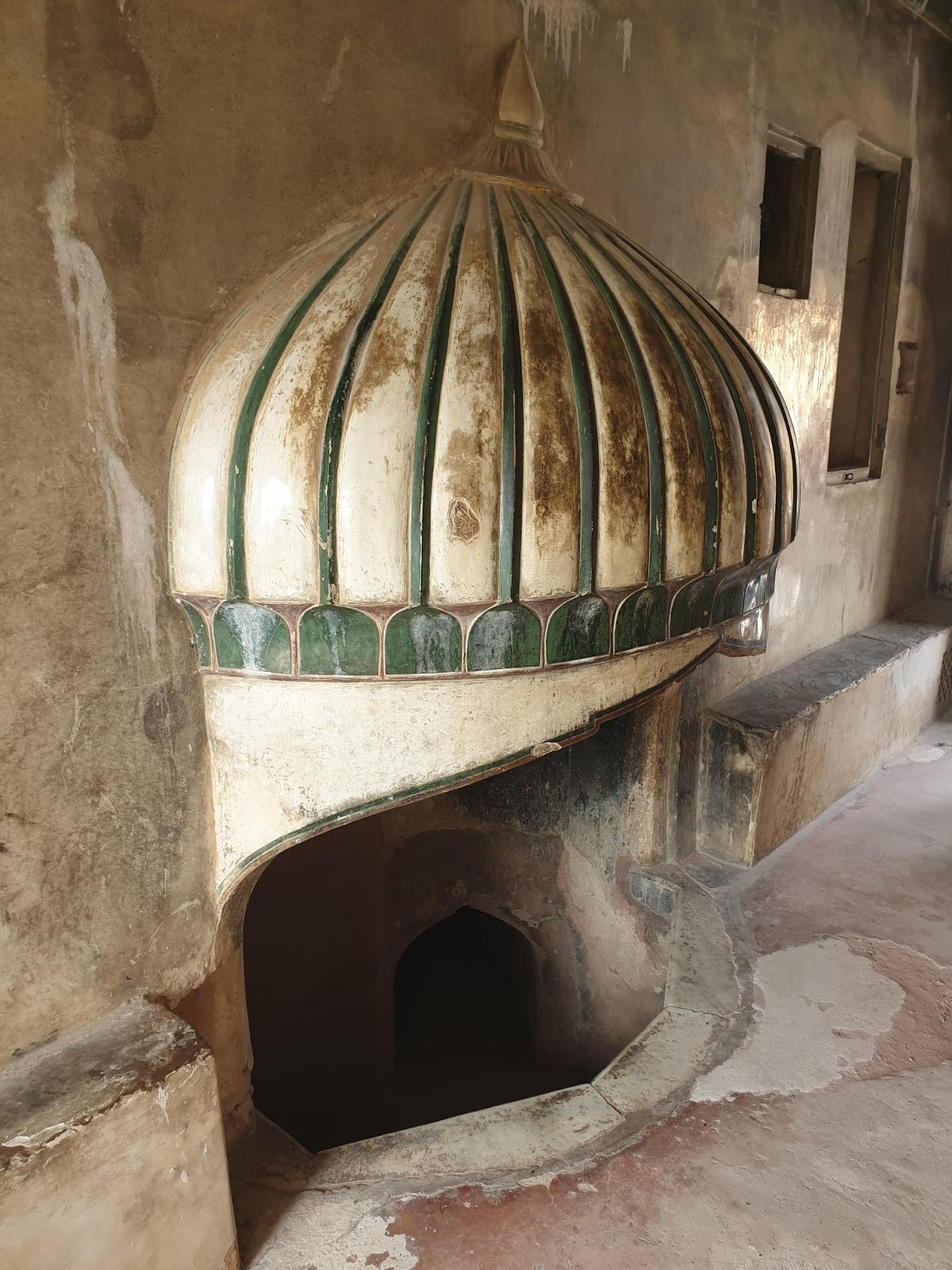 The act of bathing and showering also existed in different parts of the ancient Asian cultures. In India, wealthy families that reside in palaces were known to have their own bathrooms. One famous example is the Queen’s bathroom in Amber Palace. To heat up water for the Queen, servants burnt firewood at a fireplace that was located next door. Because the fireplace and bathroom were separated by only a wall, the heat from the fireplace helped to heat up large volumes of water in the bathroom.
Priests in Buddhist temples in India also bathed or showered to cleanse themselves before commencing on any religious ceremonies. This bathing culture then slowly spread to China and Japan.
In Japan, the Japanese became fond of public bathhouses as they believed that it improves their kinship with one another. They had sento or communal bathhouses that used a boiler room to heat water. They also had onsen, a public bathhouse where people can enjoy a hot bath with water from the hot spring.
On the other hand, bathing was not only considered as an act of personal hygiene, but also as an act of civil conduct in China. Back in those days, officials used to take a day off every five working days just to take a bath. During the Ming Dynasty, a Ming scholar named Lang Ying wrote perhaps the most elaborate description of a bathhouse. He described it as:
“having slabbed floors below and brick dome ceilings above. A huge boiler would be installed in the back of the house providing the bathing pool with hot water through a tunnel, which was powered by a turning wheel motioned by a staff.”
While societies and cultures differ in various regions, the art of showering or bathing with hot water was not so different at all. Over time, the unified love for showering or bathing with hot water grew. Thanks to the innovative minds and the relentless spirit to pursue greater comfort, our forefathers slowly transformed the bath and shower culture all over the world. From servants pouring water out of a jug or through a hole in ancient Egypt and Greece, to lavish bathhouses of Rome, Japan, and China, bathing and showering with hot water became increasingly easier over time. Here’s a quick timeline of the evolution of hot baths and showers: 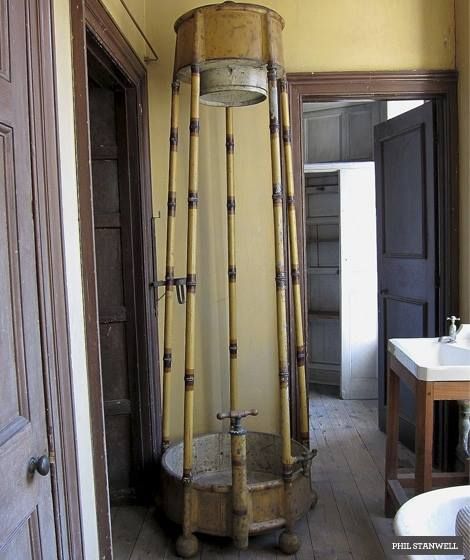 This was a time when the English Regency shower was invented by William Feetham, a stove maker from Londan. Back then, the English Regency shower was considered a fancy showering apparatus in England, especially so with metal pipes painted to look like bamboo. This shower apparatus came with a tank at the bottom, and a pump to lift water through the pipes from the tank to the top of the apparatus to shower. Water then flowed back into the tank, and the cycle repeats. If the water in the tank was hot to begin with, it would eventually cool down after a few cycles. While convenient, the flaw in this design was that user ended up reusing dirty water with every cycle. 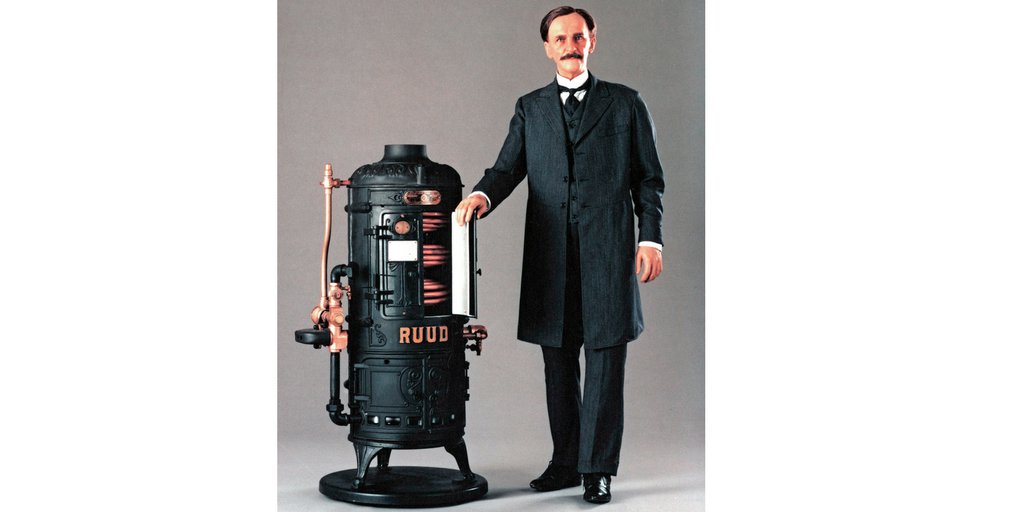 In the 19th Century, Benjamin Waddy Maughan, a painter by profession, patented the first natural gas-powered residential water heater. His invention made cold water that was stored at the top to flow through pipes that were heated by hot gases from a burner located at the bottom. The hot water then flowed into a sink or tub. However, people noticed that this model lacked proper ventilation and often had problems, which led to “exploding” showers.
Several years later, Edwin Ruud, a Norwegian mechanical engineer noticed the flaw in Maughan’s design. To that end, Ruud tweaked Maughan’s concept to add a safety feature, which is now commonly known as the “vent”. Ruud then went on to start his own business, called Ruud Manufacturing Company, a company that is still in operations today, and now a division of Rheem Manufacturing Company. 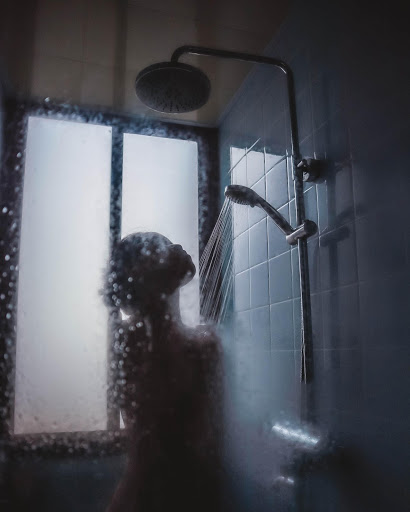 Ah, modern times…
Gone are the days when servants were required to pour water over their masters’ head. Thanks to indoor plumbing, we can enjoy baths or showers anytime we want. Showering has become so convenient that there is no need for servants to bring you water or tend the furnace for you so that you can take a hot bath. The time required for preparing a bath has notably shortened compared to older times because of inventions and improvements in water heaters. In fact, one of the greatest discoveries to this day is the usage of Incoloy metal as a heating element for water heaters.
Incoloy metal, if you haven’t heard of it, can withstand heat and is also oxidation resistant. It has a longer resilient life span compared to self-sacrificing anode rods that other water heaters use. Don’t let innovation get past ahead of you, it’s time to upgrade your water heater to a more efficient one like the Rheem Prestige Instant Water Heaters. Apart from incoloy heating element, the Rheem Prestige Instant Water heater has added built-in premium features to provide you with comfort, safety, and peace of mind to give you a premium shower experience. To find out more about Rheem Prestige Instant Water Heater, visit: products/electric-instant-water-heaters/

At Rheem, we strive to innovate
best-in-class products to lead the industry
in environmental improvements.

We want to hear from you. Click the survey button below to help us transform and improve your experience as a customer.